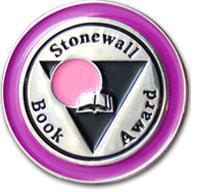 Select the book title to check for availability (opens up in a pop-up window).

Julián Is a Mermaid by Jessica Love E LOV

The 57 Bus: A True Story of Two Teenagers and the Crime that Changed Their Lives by Daska Slater FIC SLA

Magnus Chase and the Gods of Asgard: The Hammer of Thor by Rick Riordan FIC RIO

If I Was Your Girl by Meredith Russo FIC RUS

The Porcupine of Truth by Bill Konigsberg FIC KON

This Day in June by Gayle E. Pitman FIC PIT

The Vast Fields of Ordinary by Nick Burd FIC BUR