This IS Kalapuyan Land opened in 2019 as a physical museum exhibition by Guest Curator Steph Littlebird Fogel (Grand Ronde, Kalapuya) and became an online exhibition in 2020.

The exhibition prompts critical thinking around representation of Indigenous history and identity in non-Indigenous institutions.

This IS Kalapuyan Land acts as both a museum exhibition title and land acknowledgment. It is also a declaration of perpetual stewardship by the Kalapuyan people. “We have always been here, we will always be here.” 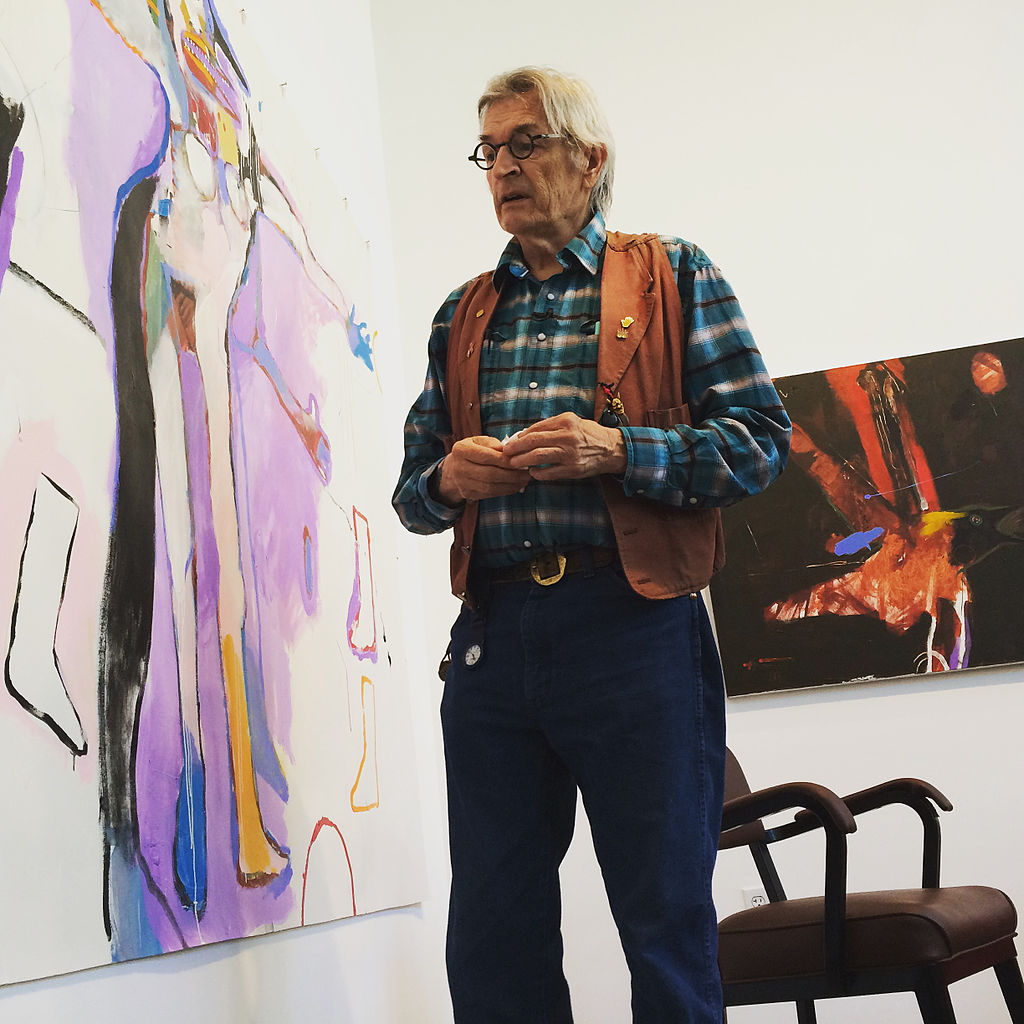 Rick Bartow was a member of the Mad River band of the Wiyot Tribe, and graduated from Western Oregon University (then the Oregon College of Education) in 1969. Bartow's carving The Cedar Mill Pole was displayed in the Jacqueline Kennedy Garden at the White House in 1997. The Smithsonian's National Museum of the American Indian commissioned Bartow's monumental cedar sculptures We Were Always Here, which sit on the northwest corner of the museum overlooking the National Mall.

Four of Rick's paintings are on permanent display on the 1st floor of the Hamersly Library:

According to the National Congress for American Indians, "The month is a time to celebrate rich and diverse cultures, traditions, and histories and to acknowledge the important contributions of Native people. Heritage Month is also an opportune time to educate the general public about tribes, to raise a general awareness about the unique challenges Native people have faced both historically and in the present, and the ways in which tribal citizens have worked to conquer these challenges."

Some of the reasons Indigenous communities celebrate this year:

Some of the challenges facing Indigenous communities in Oregon include:

The Warm Spring Tribe's fight for drinkable water since 2019

The impact of Covid-19 on Native communities

Check out the books/ebooks list in this libguide to see some of our newest holdings of titles by Native American authors. Some popular authors whose books we have copies of includes Tommy Orange, Joy Harjo, and Louise Erdrich.

Many businesses and corporations use phrases like 'Native-inspired' when describing products that take indigenous aesthetics and imagery and profit off of it. To fight back against Indigenous appropriation, groups like 'Eighth Generation' raise awareness of Native artists through their 'Inspired Natives' program.

Western Oregon University in Monmouth, OR is located within the traditional homelands of the Luckiamute Band of Kalapuya. Following the Willamette Valley Treaty of 1855 (Kalapuya etc. Treaty), Kalapuya people were forcibly removed to reservations in Western Oregon. Today, living descendants of these people are a part of the Confederated Tribes of Grand Ronde Community of Oregon (https://www.grandronde.org) and the Confederated Tribes of the Siletz Indians (https://ctsi.nsn.us)