Resources about and by Ayad Akhtar, the 2018 Jensen Lecturer at Western Oregon University 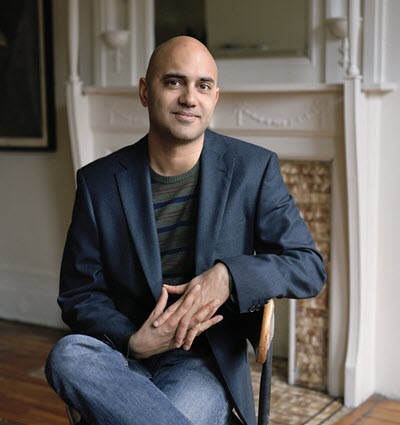 Mr. Ayad Akhtar will be in residence at Western Oregon University on Tuesday, April 9th, 2019, as part of the Jensen Lecture Series. Akhtar is a Pakistani-American, award-winning playwright and novelist.His play Junk is nominated for a 2018 Tony Award in the Best Play category, and it won the 2018 Edward M. Kennedy Prize for Drama Inspired by American History. His play Disgraced received the 2013 Pulitzer Prize for Drama, and its Broadway was nominated for the 2015 Tony Award for Best Play.

Dr. Gavin Keulks is planning Akhtar's WOU schedule. There are opportunities for small group activities involving the speaker during the day, prior to the main address in the early evening. If you have an idea, please contact Dr. Keulks.

Arrangements for the appearance of Ayad Akhtar made through Hachette Speakers Bureau, New York, NY

Want to read Akhtar's works as ebooks on your device? Links to library ebooks are below. Refer to Hamersly Library's ebook guide for instructions.

Akhtar's expressions besides his books

Videos and articles, ordered newest first within each category.

Articles from The New York Times:

Listed newest first. Links on article titles are to Hamersly Library's access to The New York Times through the database Business Insights: Global. Links "on publisher's website" are provided for convenience but are subject to personal paywall restrictions.