Research Guide for discovering primary and secondary sources related to gender and European colonialism in Africa, the Middle East, and Southeast Asia.

Primo, the library catalog, provides access to books (sometimes referred to as monographs) as well as articles, online videos, and a number of other resources. This page shows you how to search the catalog for print books, ebooks and ebook chapters.

This is a list of some Library of Congress Subject Headings and common subheadings that are relevant to this class. Search for these as keywords in Primo. For more information about searching in Primo read Secondary Sources: Books, Book Chapters, and Ebooks.

Square brackets indicate that this is an example that you can modify with a parallel geographic area, group name, or adjective.  Ex. [Algeria] Politics and Government: replace with your country of interest; [France] Colonies: replace with Netherlands Colonies.

The catalog is set to General Search by default, but you should open the Advanced Search box.

Place your keywords/phrases in the search boxes. Use one search box for each keyword/phrase. You can put multiple synonyms or related terms on the same line, but make sure to use "OR" between them. See the example below. 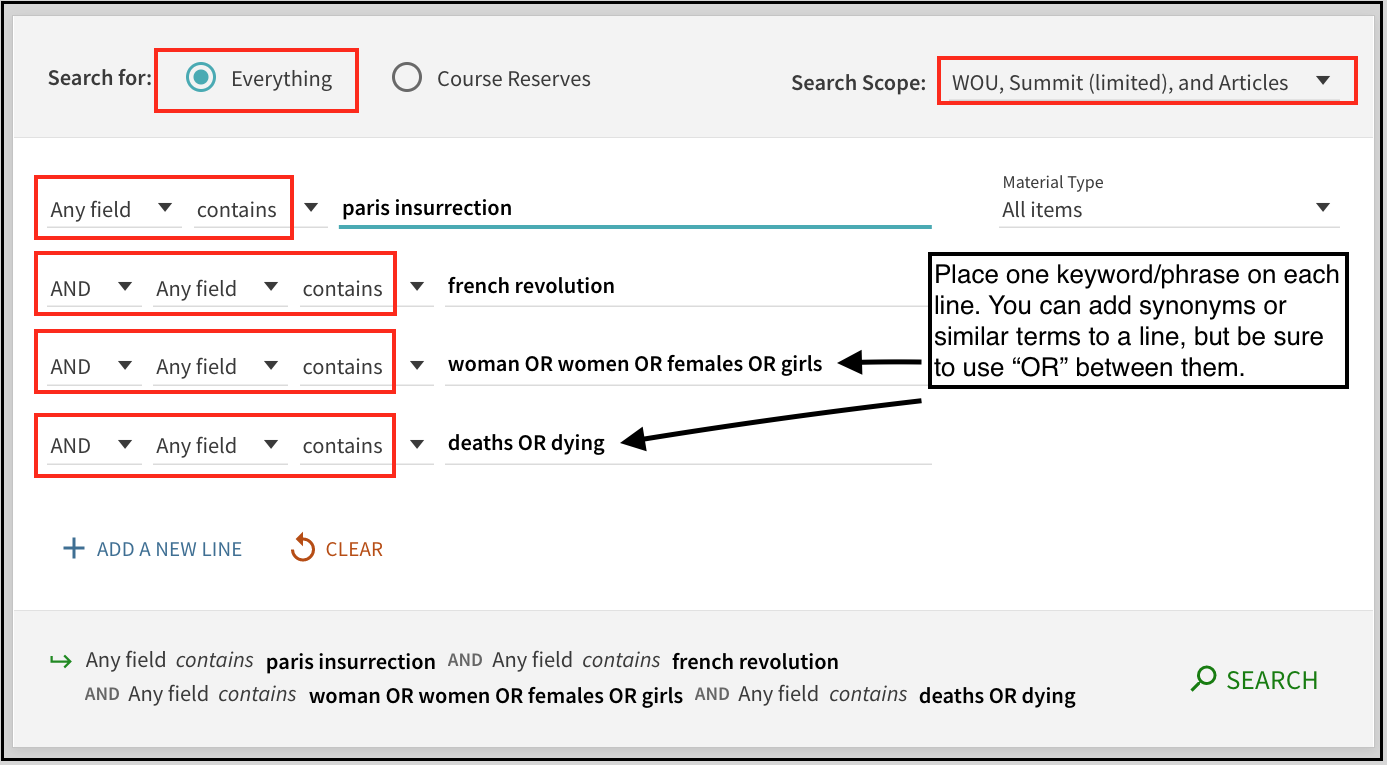 Click "Search". Once you've done this initial search, you can use filters to further refine your results. See below.

After you search, you'll see filters on the left side of the results page. The filters shown will depend on what type of search you selected, but here are examples of what you'll commonly see.

Your results provide brief information about the book.

Options for accessing library materials are listed under the "Sign in for more options" banner.

For print books at Hamersly, you have four options. See the image below. 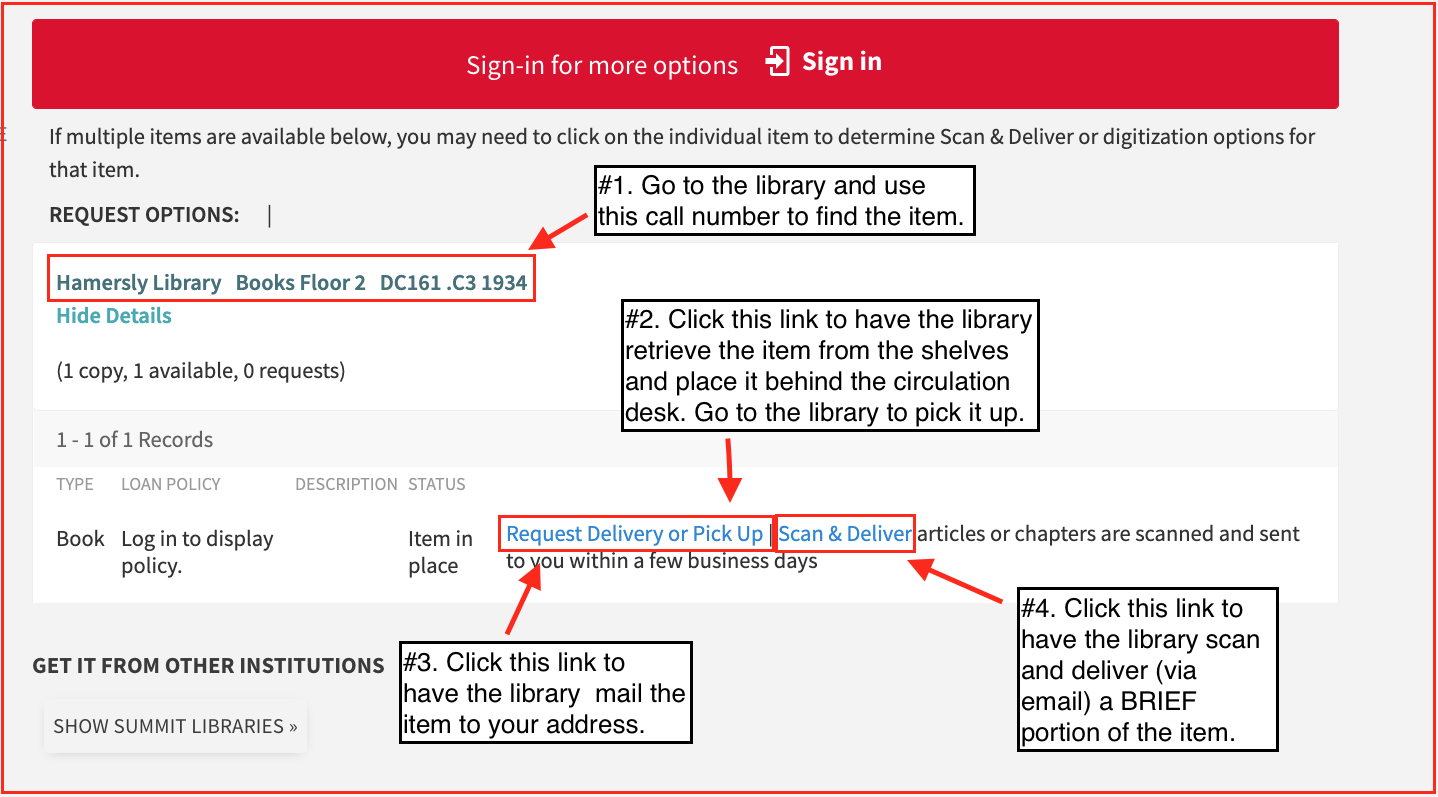 Ebooks can be read directly on your computer. The library gets most of our ebooks from two vendors: EBSCO and ProQuest. The information and videos below show you how to use each of these services, and how to download them if you prefer to read them offline.

In order to download and virtually checkout an ebook (instead of reading from your browser) you'll need access to Adobe Digital Editions. For assistance installing it on your specific operating system, see these guides:

Additionally, you'll need to create a free Adobe ID (if you don't have one already). You do not need to use your WOU email when registering.

If downloading a book from EBSCOhost, you will be prompted to sign into or create a free 'My EBSCOhost' account.